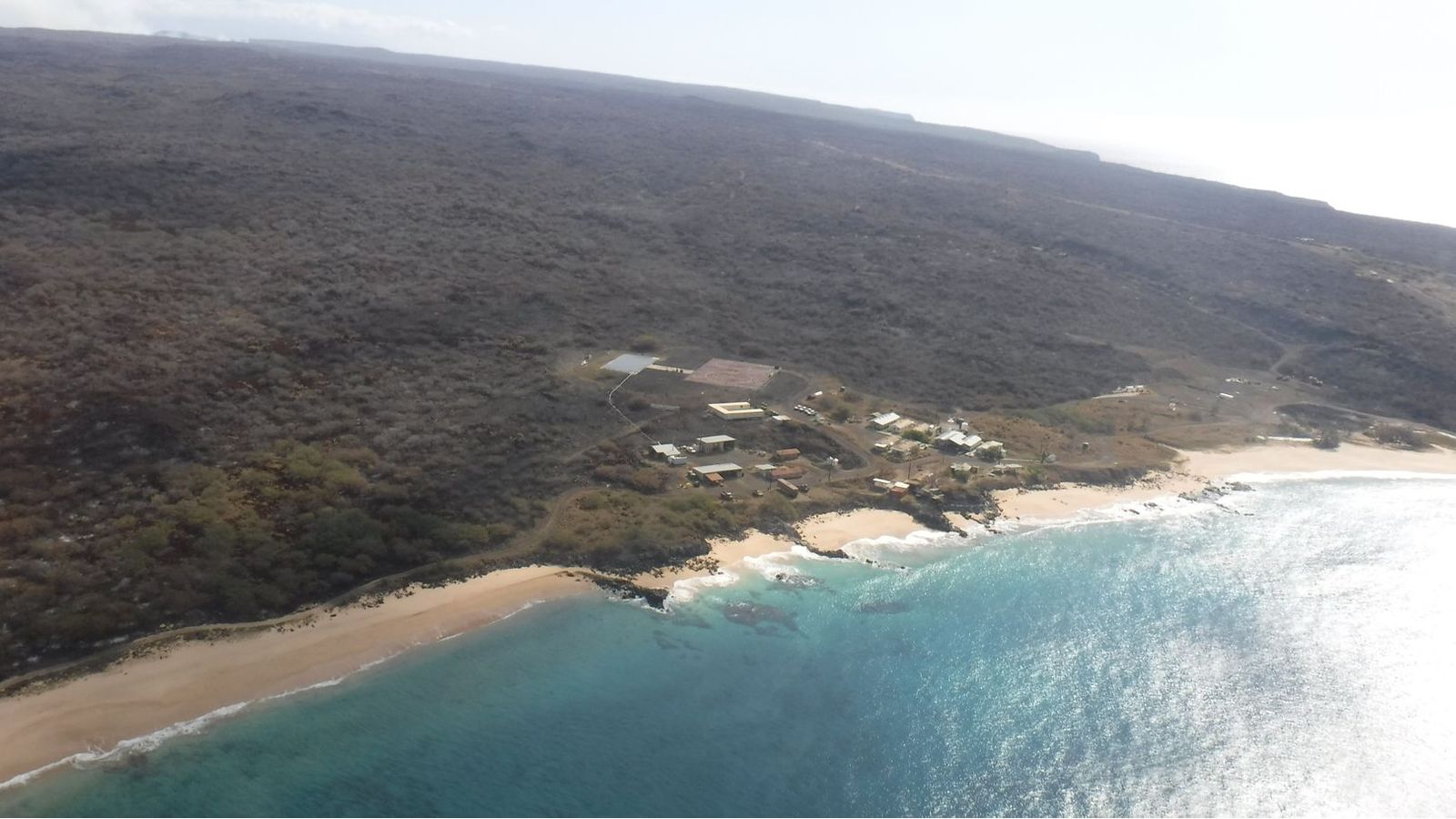 Reaching our goal of $70,000 will allow us to replace all of the equipment needed to run day-to-day restoration activities on island, including staff-directed and volunteer-supported planting and watering efforts.

The recent Kahoʻolawe Brush fire has scorched roughly 30% of the island (9,000 acres). “Squid”, the KIRC's main storage facility area on island, was consumed by the fire. This loss is significant, with a large amount of restoration supplies and equipment having been housed in this area, as well as three of our field ATVʻs and two Ocean Program Jet Skiʻs. We need your support to recover from this tragic event and rebuild Squid.

Kaho‘olawe is the smallest of the eight main islands in the Hawaiian Archipelago. Eleven miles long, seven miles wide and comprised of 28,800 acres, the island is of volcanic origin with the highest elevation at 1,477 feet. Its slopes are fissured with gulches 50 to 200 feet deep and formidable cliffs dominate the east and south coast. Approximately 30% of the island is barren due to severe erosion.

Following 200 years of uncontrolled grazing, Kaho‘olawe and its surrounding waters were under the control of the U.S. Navy from 1941 to 1994, and were used as a live-fire training area. Despite clearance efforts, unexploded ordnance (UXO) is still present and continues to pose a threat to the safety of anyone accessing the island or its waters.

A decades-long struggle by the people of Hawai‘i, particularly the Protect Kaho‘olawe ‘Ohana (PKO), succeeded in stopping the bombing of Kaho‘olawe and helped to spark the rebirth and spread of Native Hawaiian culture and values. A 1993 act of Congress conveyed Kahoʻolawe back to the State of Hawaiʻi, but allowed the Navy to retain control of the island through 2003 while it conducted a 10-year cleanup of UXO.

A treasured resource for all of Hawai‘i’s people, Kaho‘olawe is of tremendous significance to the Native Hawaiian people. In recognition of the special cultural and historic status of Kaho‘olawe, the island and the waters within 2 nautical miles of its shores were designated by the State of Hawai‘i as the Kaho‘olawe Island Reserve in 1993, to allow for the preservation of traditional Native Hawaiian cultural, spiritual and subsistence purposes, rights and practices.

In 1994, the Kaho‘olawe Island Reserve Commission (KIRC) was established by the State of Hawai‘i, under the Hawai‘i Revised Statutes, Chapter 6K, to manage Kaho‘olawe, its surrounding waters, and its resources, in trust for the general public and for a future Native Hawaiian sovereign entity.

The KIRC mission is to implement the vision for Kahoʻolawe Island in which the kino (body) of Kahoʻolawe is restored and nā poe o Hawaiʻi (the people of Hawaiʻi) care for the land. We pledge to provide for the meaningful, safe use of Kahoʻolawe for the purpose of the traditional and cultural practices of the Native Hawaiian people, and to undertake the restoration of the island and its waters